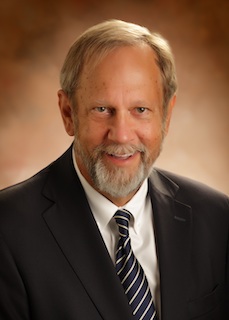 James L. Adams has substantial experience in both plaintiff and defense sides of commercial litigation. Jim, who has been licensed to practice law in Kentucky since 2004, has a professional background not commonly seen in the field of law. Jim had a long first career, from 1975 to 2007, as a reporter, assignments editor and metro news columnist at The Courier-Journal in Louisville. For most of his newspaper career, Jim focused on investigative reporting and stories about Louisville and Jefferson County government. Jim’s newspaper work twice was recognized with the prestigious George Polk Award from Long Island University. Jim also was awarded the top recognition for quality of writing in annual competition among Gannett’s metropolitan newspapers. The varied subjects Jim tackled at The Courier-Journal include corruption in Louisville City Hall, the use of force by Louisville police, the manufacturing industry’s disposal of toxic wastes, and the state of regulation of boxing in Kentucky as told through the tragic end of the ring career of Louisville heavyweight Greg Page.

​
Jim left The Courier-Journal in 2007, but did not leave the news industry. He joined the commercial litigation department of Dinsmore & Shohl LLP in its Louisville office and became part of a team of lawyers representing the Kentucky Press Association. In that part of his practice, Jim frequently assisted newspapers and broadcasters across Kentucky in navigating issues of open records, open meetings and access to government and the courts. Jim served in the Dinsmore commercial litigation department for more than nine years, from 2007 to 2016, working on a wide variety of cases at the trial and appellate level. He joined Duncan Galloway Egan Greenwald, PLLC in January 2017.
​
On a personal level, Jim has deep Kentucky roots. Jim’s great-great-great-great-great-great grandfather, Samuel Boone, arrived in Kentucky by walking through the Cumberland Gap with his brother, Daniel, in October 1779. Not incidentally, Jim, who was born in Winchester and grew up in Louisville, enjoys hiking in the woods. He and his wife Barbara have three children, all now adults.